We are back from the Berlin Games Week and we all feel exhausted but incredibly motivated.  Showcasing Isometric Epilepsy at Quo Vadis and the A M Maze was a blast and we learned some important lessons. We never saw this many players interact with the multiplayer mode before and despite it being rushed and slightly buggy no one really minded. One person even pointed out that he liked the Z-fighting on the players. 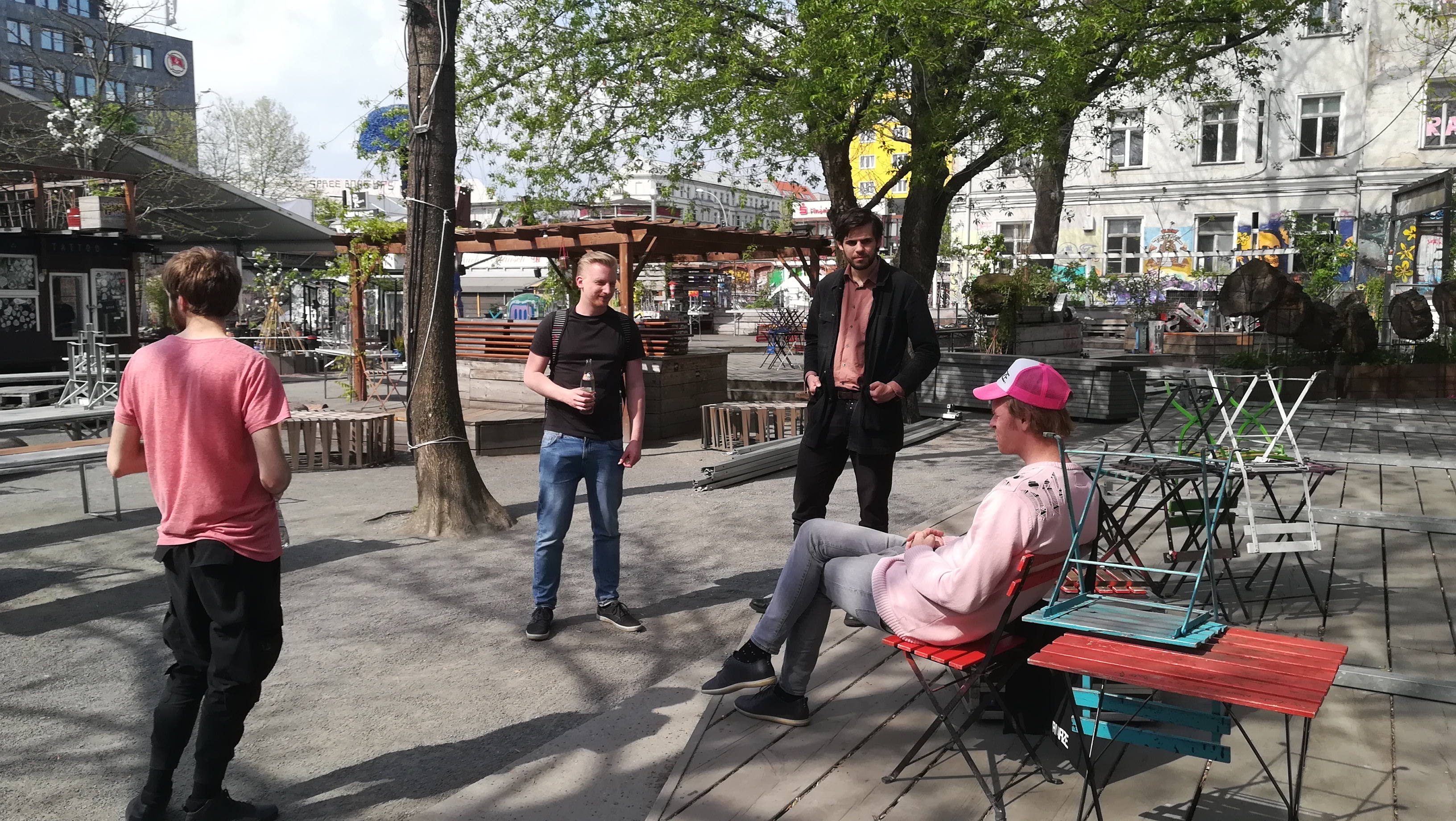 Multiplayer is definitely part of the game now. Players not being able to collide with each other is less disruptive to the game then I first imagined, the game has a much sweeter less sterile tone with two players playing.

Our original idea for the multiplayer mode was to implement a scoring system where players race each other for pickups. This way there would be three points to be had in each level. At some point the score would add up and the player with the highest score would win. We couldn’t finish this feature in time for the showcase and thus players played multiplayer an open-ended way. Some players choose to wait for each other, so both would finish each level in the game. Others were more competitive and decided to race like originally intended. I see now that if we implement a score it must be more forgiving to the player who is behind, maybe letting them finish their life before jerked to the next checkpoint. In any case I would defiantly implement a way to turn the scoring off or even let the player pick between a co-op or race mode when switching on multiplayer. 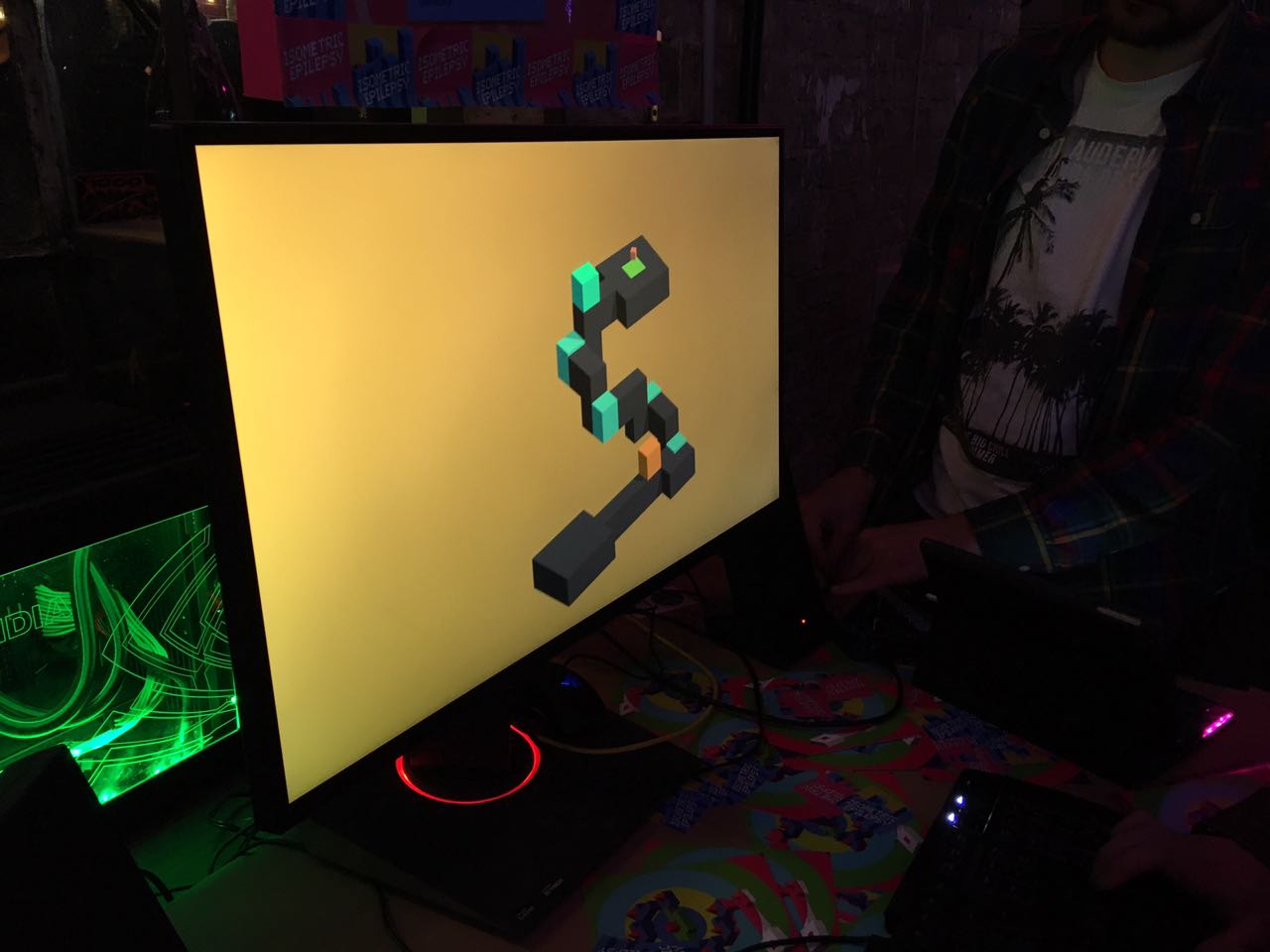 Two players playing while a spectator is playing with the colors.

We also talked about implementing deferent multiplayer modes. We talked a lot about building a capture the flag mode where two players have to traverse a dance floor to secure a pickup to their spawn end of the map. Ideas for this are still blurry.

Another key item at the showcase was the color mixer. The color mixer is a midi controller with which one can change the colors of game. The device was great at entertaining spectators and gave the people waiting for the game a way to interact without playing. There were a couple of features missing from the device. I would have loved to have a saving function for the color sets so that I could later browse thru the color sets players created. Another one would be a reset button where each color set would be restored to their original settings. People often tried to change the colors the game in sync with the music, to aid this behavior buttons at the bottom of the device could be used for changing color pallets all together. I’m excited to see what new features this device will inspire implementing it as a dev tool was a great decision. Building fun tools to play with is something we should defiantly investigate.

The A Maze was the first showcase we asked people to sign up to our mailing list. This is something we shouldn’t forget in the future.

People loved the game. The A Maze 2018 was the best showcase we ever did. There was never a moment where the game wasn’t played, and we got damn close to winning the audience award. Players really respond well to the game, I’m beyond proud of this project. 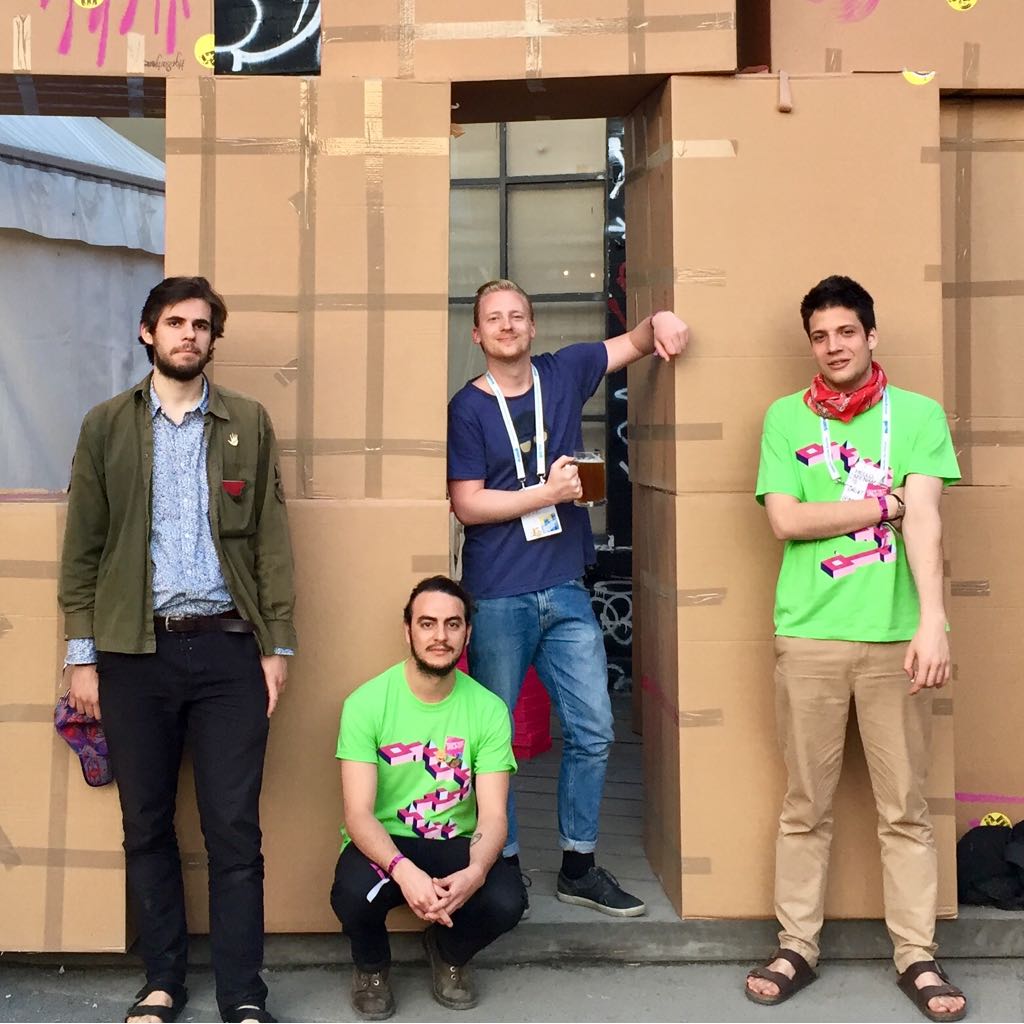